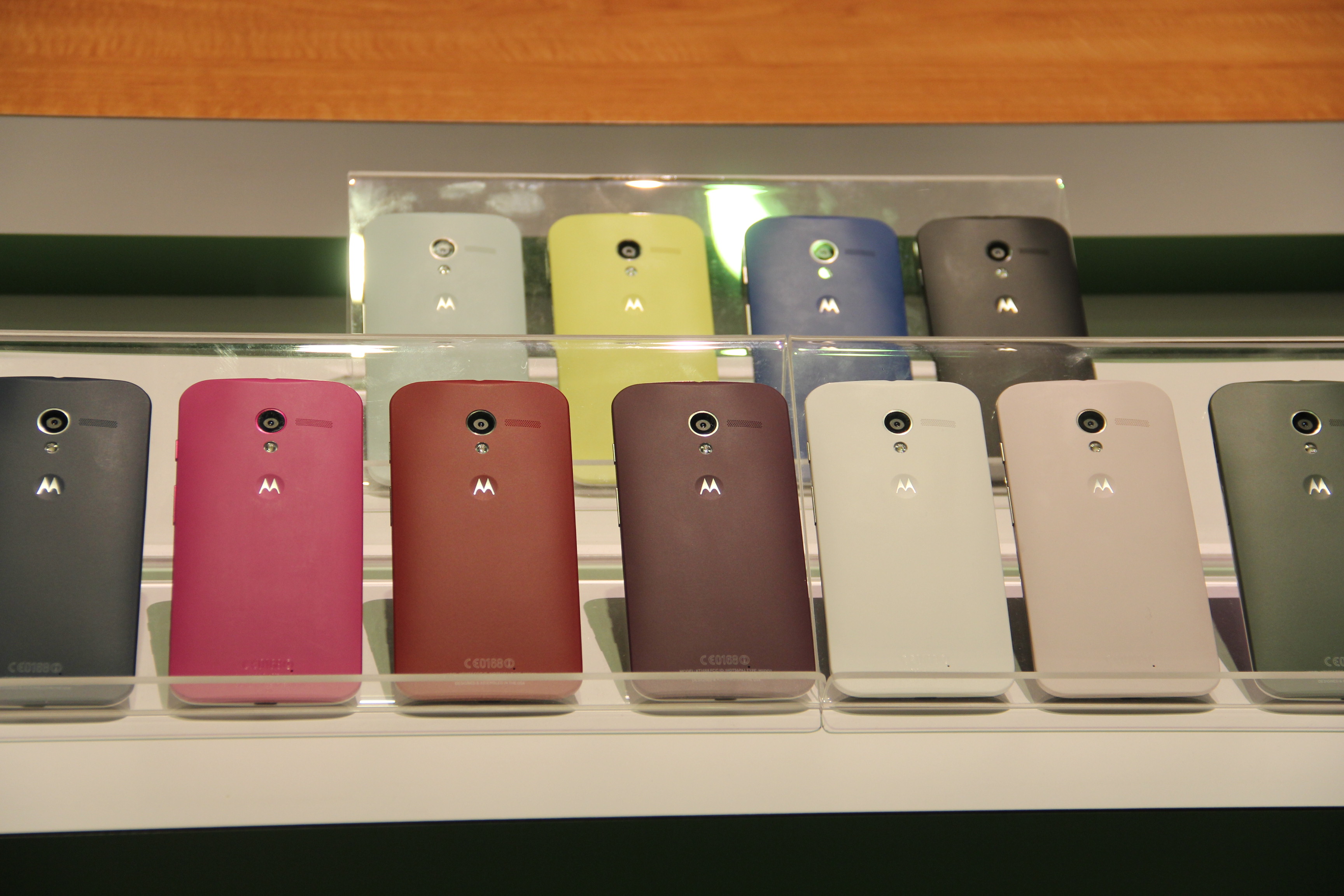 The Moto X, another upcoming state-of-the-art _smartphone, of whose release date, i myself am unaware kinda redefines the term smartphones, and gives its company quite a _rise _in the _world-of-smartphones. Before the launch, the leaks, the rumors, Motorolla wasnt exactly the best choice, nor did much people ever even bother to consider it (but well, no offence meant.  And well the same story goes for Samsung)_
_

So anyways, the Always Ready _smartphone _Designed By You, that has a _Quick Capture _feature to ensure that you _Never Miss a Shot, _really does has it all, and it could be quite some boost for the company which has by the way been acquired by Google.__

Starting with the _Motomaker. _Notice the phrase ‘_Designed by You’ _that i used above?
_Yes it means what it means. _The Motomaker is, or is gonna be, a website where you are gonna customize your order before buying it. Customization includes choosing colors for the back and front, and even _accents _which refers to stuff like the Volume buttons and well the border round the rear camera. You can even add a signature at the back, which is similar to the _iPod Engravings. _And well you can choose a case too.

But that was the _Styling _bit. Then comes _Features, _where you can choose between 16 and 32GB storage, add a custom _greeting _on startup, Oh and you also have the option of connecting your google account right there.

After Features, _We have _Accessories, _A wall charger is included, and you can also add-on _Earphones (color of your choice 😉 ). That’s it! The phone will be shipped to you within 4 days.

The Motomaker; kinda a demo video

So that was the Motomaker; no it doesnt end here; now to the _Quick Capture _which involves starting the camera app with a flick of the wrist. _Useful! _especially when you are in the middle of those moments when you hardly have a second to waste.

But what’s this Always Ready_ _thing?
This merely refers to the fact that the phone is always responding to you when you want it to. You can simply talk to it. Give it orders, tell it what to do. This is pretty close to _Siri _found in iPhones.

See how he said ‘Ok, Google now’ _and the phone went into _Listening Mode.

Well, that was it. I know the features arent exactly totally _unheard-of _or _unimaginable _but well its definitely worth a shot.

By the way, do check out the Videos if you havent already.