First, it’s based on microkernel architecture, which allows to assemble ‘from blocks’ different modifications of the operating system depending on a customer’s specific requirements.
Second, there’s its built-in security system, which controls the behavior of applications and the OS’s modules. In order to hack this platform a cyber-baddie would need to break the digital signature, which – any time before the introduction of quantum computers – would be exorbitantly expensive.
Third, everything has been built from scratch. Anticipating your questions: not even the slightest smell of Linux. All the popular operating systems aren’t designed with security in mind, so it’s simpler and safer to start from the ground up and do everything correctly. Which is just what we did.

Let’s talk about this. Micro-kernel design? Interesting, but MINIX has had that for ages now. Linux vs MINIX = Monolithic vs Microkernel = Performance vs Security. Yes, going for one kernel design instead of the other does equal compromising one aspect for the other. In short, this decision to use the micro-kernel isn’t honestly innovative.
Built-in security system? Oh wow.. Sure, whatever. Give us more details and then we will consider it’s existence and efficiency.
Everything has been built from scratch? I admire your effort, but at the end of the day, it is going to have to be POSIX compatible. It’s hard to say whether or not it really was worth the effort. And I hate to break this to you, but it would have saved time, and made more sense, to proofread  the code instead of rewriting it.
In short: As of now, it offers nothing too interesting. Sure, I’d like to download an image and give it a go but that’d probably be it.

PHP based real-time dynamic-site-generator. Browse the code on GitHub  Demo

So, on Jul 22, 2016 I started off with a small project that I had been meaning to develop for quite some time.  END_OF_DOCUMENT_TOKEN_TO_BE_REPLACED

We have till then to develop the hover-board, while rumor has it that Nike has already started working on the self-lacing shoes. In which case, I guess, it’s also safe to put off the hover-conversion, I’ve been dreaming of for my car, till then.

Yes, the town from the Back to The Future movies, it’s being recreated, London, for an upcoming ‘screening’. Available from 24th July – 10th August, being done by some ‘Secret Cinema’ which is known for constructing such environments.. This is all being done probably as a tribute to the super-hit trilogy, as it’s almost 2015.
Though, our cars are still on the roads, and so are the traffic lights and stuff…  There still arent holographic billboards, or fully-functional, publicly-available hover-boards / self-lacing shoes; not yet.
Also the people neither dress like this, nor do they look all that dumb.

They are gonna recreate the whole scene, where the visitors would perhaps be taken through the whole time-travel experience Marty was shown to have undergone, with travels to perhaps both 1985 and ’55. And, at the very end, would be like a recreation of the “Enchantment Under the Sea.” The Ball at the end of the first part and part of which is also shown in the 3rd. 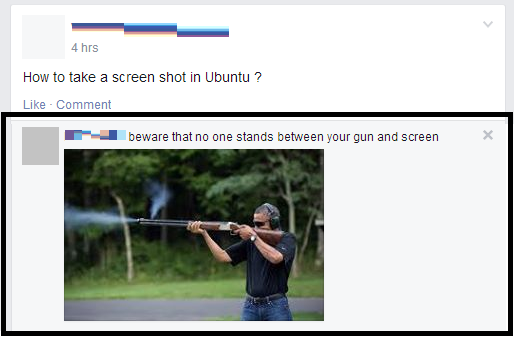 A Street Performer, dressed up rather like BumbleBee.. He actually Transforms into a car too…

Flappy bird and 2048, two of the best games if the year, in terms of their rate of going viral, though totally different in themselves, have been combined into Flappy48.
The objective is to keep joining the numbers, just like in the game 2048 and eventually reach the 2048 tile, while at the same time, avoiding the obstacles. The obstacles being vertical columns, rather like those green pipes in flappy Bird.
You start off with a two, and as you flap, you collect more numbers, usually 2s… This would go on until you reach the 2048 tile.
The game is based on the unity engine. You can play it online, or download it on your android, though the web version would require you to install the Unity Web Player.
The game seems finely developed. The theme and scheme is similar to that of 2048, with all solid-ly applied shades from yellow-red.
The idea itself is great. At least better than the other pointless clones of flappy bird like flappy doge and shit. At least it brings something new.